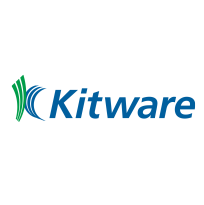 Motion-imagery Aerial Photogrammetry Toolkit (MAP-Tk) is an open source C++ collection of libraries and tools for making measurements from aerial video. Initial capability focuses on estimating the camera flight trajectory and a sparse 3D point cloud of the scene. These products are jointly optimized via sparse bundle adjustment and are geo-localized if given additional control points or GPS metadata.

This project has similar goals as projects like Bundler and VisualSFM. However, the focus here in on efficiently processing aerial video rather than community photo collections. Special attention has been given to the case where the variation in depth of the 3D scene is small compared to distance to the camera. In these cases, planar homographies can be used to assist feature tracking, stabilize the video, and aid in solving loop closure problems.
The MAP-Tk GUI supports visualization and computation of depth maps, through state-of-the-art algorithms such as PlaneSweepLib (ETH Zurich).

MAP-Tk uses the KWIVER software architecture. Originally developed for MAP-Tk, KWIVER is highly modular and provides an algorithm abstraction layer that allows seamless interchange and run-time selection of algorithms from various other open source projects like OpenCV, VXL, Ceres Solver, and PROJ4. The core library and tools are light-weight with minimal dependencies (C++ standard library, KWIVER vital, and Eigen). The tools are written to depend only on the MAP-Tk and KWIVER vital libraries. Additional capabilities are provided by KWIVER arrows (plugin modules) that use third party libraries to implement various abstract algorithm interfaces defined in the KWIVER vital library. Earlier versions of MAP-Tk contained these core data structures, algorithms, and plugins, but these have since been moved to KWIVER for easier reuse across projects. What remains in this repository are the tools, scripts, and applications required to apply KWIVER algorithms to photogrammetry problems.
Website: https://github.com/Kitware/maptk