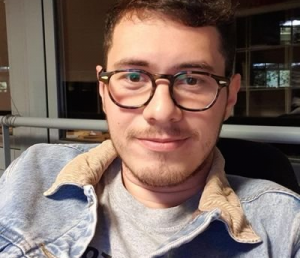 The effect of experimental heterogeneity on synaptic plasticity

How learning occurs has been a long-standing question in neuroscience. Since the first demonstration that the strength wiring up neurons can be persistent, the study of neuronal connections, the synapses, became a path to understanding memory formation. In the 70s, the first electrophysiology methods to modify the synaptic strength were discovered, leading to the evidence of how synapses subjected to stimulation are plastic. Such a form of synaptic plasticity was predicted two decades before by a theoretical synaptic rule coined by the neuropsychologist Donald Hebb. The possibility that a devised rule could explain memory motivated the birth of theories providing new questions and mechanistic representations of the brain’s functioning. The diversification of techniques allowed researchers to investigate in depth the nature of synaptic rules. However, the heterogeneity of experimental conditions adopted by different laboratories implicated that the same stimulation pattern could produce different synaptic modifications. The observed heterogeneity in the methods and outcomes have hindered the formalization of a coherent view on how synaptic plasticity works. To fill this gap, I developed a stochastic computational model of the rat CA3-CA1 glutamatergic synapse to explain and gain insights into how experimental conditions affect plasticity outcomes. I uncovered a new plasticity rule that accounts for methodological differences such as developmental aspects, extracellular medium and temperature influences on synaptic plasticity outcome. The model relies on an expanded version of the previous methods to predict synaptic plasticity, modified to handle combined dynamics. That is achieved by introducing a geometrical readout to interpret the dynamics of two calcium-binding enzymes controlling the induction of plasticity. In this way, the model covers classical and recent stimulation paradigms (e.g. STDP, FDP) using a single rule parameter set. This model allows one to obtain testable predictions since it links the simulated variables to the specificity needed to describe a plasticity protocol. Although the model is specific to a single CA3-CA1 synapse, the study’s insights may be generalized to other types, enabling a deeper understanding of the rules of synaptic plasticity and learning.