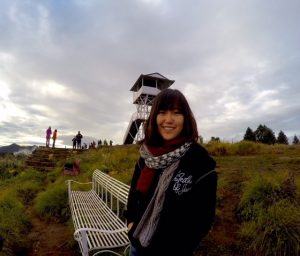 We present an algorithm for extracting and vectorizing objects in images with polygons. Departing from a polygonal partition that oversegments an image into convex cells, the algorithm refines the geometry of the partition while labeling its cells by a semantic class. The result is a set of polygons, each capturing an object in the image. The quality of a configuration is measured by an energy that accounts for both the fidelity to input data and the complexity of the output polygons. To efficiently explore the configuration space, we perform splitting and merging operations in tandem on the cells of the polygonal partition. The exploration mechanism is controlled by a priority queue that sorts the operations most likely to decrease the energy. We show the potential of our algorithm on different types of scenes, from organic shapes to man-made objects through floor maps, and demonstrate its efficiency compared to existing vectorization methods.